Close
The Leadership Challenge - Model the Way
Growing up, I always considered myself an ordinary person. My family wasn’t rich nor were we extremely poor, I would say we were categorized as being right around average in comparison to most American household families. Our family had everything we needed and on rare occasions, got the things we wanted. For this lifestyle, I was and currently am grateful. All of which, made me who I am today.

I was raised by a single mother who always taught me the value of empathy, good will, and respect. Above all, she taught me to never judge anyone from the outside and to stay humble. As I grew older, I started to realize the power of such values and how they can help me with my endeavors.

During the course of my journey, I experienced many styles of leadership;  some that built me up and some that brought me down. I proudly observed the good, the bad, and the ugly from a variety of circumstances. With the desire to emulate the good, I want to share with you what good leadership looks like. To do this, I decided to write a blog series-of-posts using Kouzes & Posner’s (2012) leadership philosophy to highlight characteristics identified in a select few movies that we can all use in our lives to become better leaders. 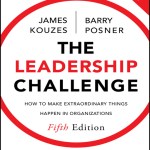 Each blog post of the series will cover a specific practice associated with the philosophy. In general, Posner & Kouzes describes their philosophy with five practices of exemplary leadership that focus on a leader’s actions to ‘Model the Way’, ‘Inspire a Shared Vision’, ‘Challenge the Process’, ‘Enable others to Act’, and by ‘Encouraging the Heart’.

The leadership theory used to support the analysis of this film comes fromthe authors Kouzes and Posner’s (2012) 30-year research on the topic using data from over 2M people across the globe. Their featured book is called, The Leadership Challenge: How to Make Extraordinary Things Happen in Organizations, 5th Edition.

This article outlines leadership characteristics identified in the movie, Pay It Forward. This movie is based on the book of the same title written by Catherine Ryan Hyde about a boy who has an idea for an assignment in one of his classes to make the world a better place (Bealman, 2020).

Leadership characteristics about the movie, Pay It Forward. 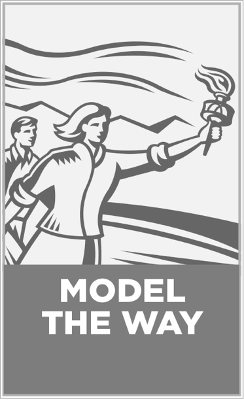 What examples of Model the Way do you see in the opening scene, “Act of Generosity”? In the opening scene, “Act of Generosity”, there were many examples of ‘Model the Way’ as defined by Posner & Kouzes (2012) in their book titled, The Leadership Challenge: How to make extraordinary things happen in Organizations, 5th Edition.  In particular, Posner & Kouzes describes ‘Model the Way’ as one of five practices of exemplary leadership that focus on two commitments, which serve to help others explain, understand, and appreciate how it all works. Those two commitments are: 1. Clarify values by finding your voice and affirming shared values; and 2. Set the example by aligning actions with shared values.

With this in mind, I’ve outlined a few examples of such behavioral characteristics from the movie that stood out most, listed below.

To start, the first scene included a reporter that rushed to an incident that involved the police, a potential gunman, and a hostage. The reporter showcased his leadership characteristics by clarifying his value to the police officers once he arrived on the scene. Without a clear understanding of “who you are”, it’s hard for others to believe that you are credible. In this case, the reporter shared his credentials with the police officers, but they didn’t recognize the reporters value based on his words given the situation at-hand; thus, leading to the dismissal of the reporter from the scene by the other officers. According to Posner & Kouzes (2012), when a person finds their voice, they will also find the inner confidence necessary to express ideas, chose a direction, make tough decisions, take actions with determination, and be able to take charge of their life rather than impersonating others. This exemplifies the reporter’s position as a self-propelled leader that was focused on the story and did whatever he needed to do in order to accomplish his goal.

Likewise, this scenario can also be seen from a values perspective. For instance, values can easily be recognized as beliefs that influence our lives (i.e. moral judgements, commitments, goals, etc.). Here, the reporter attempted to affirm his shared values with the police officers by letting them know he was there to help but that didn’t work. Setting the example by living those shared values (e.g. reporter was also in the rain on the scene of incident in harm’s way), set the reporter apart from all others on the scene.

What do you notice about Mr. Simonet’s answer to Trevor’s question about what he did to change the world? In this scene, Mr. Simonet showcased his leadership values by modeling the way. He starts by ‘changing the language’ in the classroom when he turned the pessimistic responses from the students into an opportunistic one. Another example, Mr. Simonet replies to Trevor with, “I get a good nights’ sleep. I eat a hearty breakfast. I show up to work on time every day. And then I pass the buck off to you (i.e. students)”. This response perfectly aligns with Posner & Kouzes leadership philosophy about Modeling the Way by clarifying values, which lead to finding your voice, and affirmation of shared values. In general, Mr. Simonet shared his values with the students through his authentic approach and value-driven commitment to serve others. According to Posner & Kouzes (2012), research reveals that clarity of personal values makes a significant difference in behavior at work (or school, in this case). Here, Mr. Simonet clarified his personal values as a mechanism to connect with the students. Personal values not only drive personal commitment, they also have the ability to inspire those around you to do more and/or commit to a cause.

Another thing I noticed about Mr. Simonet’s answer was that he explained it in a way that “gave the students a reason to care”. According to Posner & Kouzes (2012), it’s vitally important for mutual consensus when a leader is attempting to Model the Way. Considering all things, he definitely set the example by teaching others to model a set of values.

What behaviors from Model the Way do you notice in the dialogue in the garage between Trevor’s mother and Jerry, the homeless drug addict whom Trevor wants to help get back on his feet in his plan to do a good deed for three people, hoping they in turn will help three more and so on? During the garage dialogue scene, Jerry displays some leadership qualities driven by his recent experience with Trevor. The dialogue itself is considered a leadership behavior between two people, for starters. In particular, when Jerry decides to show up at the house, he clearly shows that he is determined in some way. His determination was caused by Trevor’s Model the Way attitude in which he decided to start a powerful movement based on his beliefs that he could change the world by doing three good deeds with three separate people in hopes they would continue the cycle. Although Jerry was in the wrong position—getting caught in the garage fixing Jerry’s mom’s car—he said he was there in order to ‘pay it forward’, referencing his efforts to do a good deed as Trevor taught him. According to Posner & Kouzes (2012), leadership is a means of personal expression. In this scene, Jerry clearly expresses his feelings about the situation causing an impact on Trevor’s mom; in a similar manner as it did with him.

As Trevor describes his plan to the class, what does he do that reflects the practice of Model the Way? As a true leader, Trevor set the example by putting himself at the front of the class and clearly articulating his vision to the teacher and other students. This was an example of him showcasing his voice. In addition, Trevor told everyone that he wanted to help others and it had to be with something BIG in which the other person couldn’t help themselves with. This shows leadership characteristics aligned with teaching others the shared values. Here, Trevor used the chalkboard to visually illustrate his good deeds concept, which can be viewed as a leadership tool that helped him reinforce his message by using a process model.

In “Being Brave,” what behaviors in the practice Model the Way do you hear about that were exhibited and held people back in paying it forward? One of the common behaviors that held people back in paying it forward, was fear. Fear of what other people thought. Fear of not succeeding. Fear of change. But when everyone within Trevor’s good deed network saw the impact it had on others, their mindset changed, and they too decided to eventually pay it forward.

Overall, the movie, Pay It Forward, displayed many examples of Model the Way leadership behaviors. In addition to the ones already pointed, other identifiable acts of leadership were noticed in the scene where the man in the ‘Emergency Room (ER)” influenced the nursing staff to quickly respond to the sick girls’ needs instead of waiting for someone else to take the initiative to help. Although somewhat mad—in its own way—the man decided to pay it forward by helping another family in need in the ER as a result of someone else’s good deed. In this case, an older lady (i.e. Trevor’s grandma) performed an act of leadership by paying it forward via a good deed helping the man in the ER escape under-the-radar of the police after committing a crime.

With all things considered, the storyline behind Pay It Forward follows a continuous cycle of good deeds, based on the concept Trevor bravely presented to his fellow teacher and classmates about his plan to change the world. Most notable and probably the most debatable, Pay It Forward highlights a classic leadership approach where the leader starts off as the obvious teacher mentoring the student(s) but later the student(s) become the actual educators, which influence others. This idea by itself reflects leadership behaviors as leaders come in all forms. This is a great example of, “Leadership is about what you do, not who you are” (Posner & Kouzes, 2012).